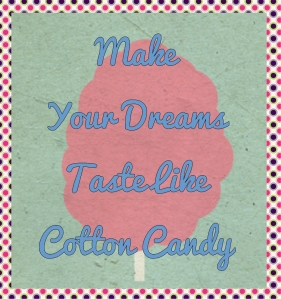 One of the worst things about parenting, (besides the tantrums, lice, sibling-rivalry, grass stains and picky eating), is dealing with your child’s nightmares. You finally get them to sleep IN THEIR OWN BEDS, stumble into your bed and crash into sleep – only to hear a few hours later, ‘Mommy! I had a bad dream!’. It’s heart-breaking, but also annoying – yes, I really love my sleep sessions.

But my Mommy Love takes over and does her job. I’ve heard of many different techniques; a popular one is to give your child a Monster-Killing Spray, aka water in a spray bottle. My dark little girl is a bit too wise for that. She’s into the deeper side of things and would quickly doubt my Mom-Powers if I presented this silliness. Plus I know how nightmares feel; they cloak themselves in this twisted sort of reality and it’s not that easy to shake off and drift back to sleep. (I frequently dream about flying then crashing, using a public restroom that hasn’t been cleaned for decades or home invasions. I’m an easy read huh?)

One bleary eyed, 3 am morning, I decided to conquer the monsters in her dreams with my gloves on and fists up. Rather than hush her back to sleep with a, ‘It was only a dream. Go back to sleep’, I decided to dissect her dream and reassemble it with hearts and flowers.

Case in point: She once had a rather creatively disturbing dream about walking down basement steps, only to have a rabid dog popping in and out of the steps like a demonic Pez dispenser, feverishly biting her feet. She was terrified. Now at 3 am, I’m tempted to say, ‘Get a hand grenade and throw it at the little jerk’. But I decide to be a bit more colorful and seven-year-old level.

I said, ‘Ok, let’s do this: Let’s change your dream with the same characters (you & the dog) and the same setting (walking down the basement steps)’.

Was it silly? Sure. But it worked. Rather than dismiss her feelings of reality, (‘It was just a bad dream’), we transformed the dream together. It happened, but we made it better. I told her that she is in control of her dreams, her thoughts, her imagination. And hopefully, she’ll learn that even though crummy things may happen in life, she can choose how to deal with it; she can regain control, over even the worst. Hopefully with lots of metaphorical sunshine and candy.